No items found.
Product is not available in this quantity.
JEWELRY
GOLD FLORIN
BRIDAL
EDUCATION
ABOUT US

No items found.
Product is not available in this quantity. 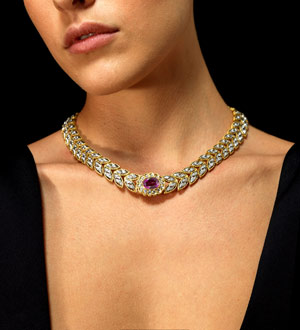 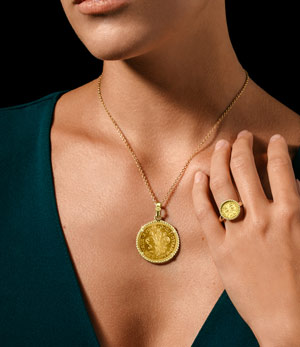 0
CLOSE CART
No items found.
Product is not available in this quantity.

No items found.
Product is not available in this quantity.

The story over the centuries

The history of the Family began in early 1300, moving to the new village of Scarperia, near Florence on the road that led north, taking advantage of a ten-year exemption from taxes and freedom from any bond of occluded servitude. So Jacopus opened his new workshop and was very successful in the production of cuirass and swords with a high aesthetic value.

In 1369 Jacopus, in order to respect the regulations issued by the Republic Corporations, registered his own trademark in Florence at the very popular Guild of Cuirass makers, Key makers and Locksmiths. Towards the end of the 14th century, Jacopo joined his brother Tura in Siena. He was an established artist for his ability to work all metals, even precious ones; thus giving a reputation to a family of artists that contributed to the construction of the Baptismal Font of the Duomo of Siena. They worked in a shop in the city center, carrying out their activities with great skill and mastery, transmitting the secrets of the artistic job to their children. The descendants received great commissions and multiple cultural meetings, collaborating with numerous artists leaving us splendid masterpieces that still enrich the city. In addition to their activity as goldsmiths, they have tried their hand on enamel, carved stone and wood, creating beautiful works of polychrome wood and marble, terracotta and bronze sculpture that we can admire in Montalcino, S. Ansano and Siena or even in the Detroit Institute of Arts.

They rivaled the best Florentine artists and played an important and active role in the evolution of the Tuscan goldsmith's art. Giovanni Turini was not only the most representative artistic personality in the workshop, because he practiced all the arts with great knowledge, but he was also the most representative figure of the all Sienese goldsmith art of the first half of the XVI century, as Vasari writes in his commentary on life of Pollajuolo. 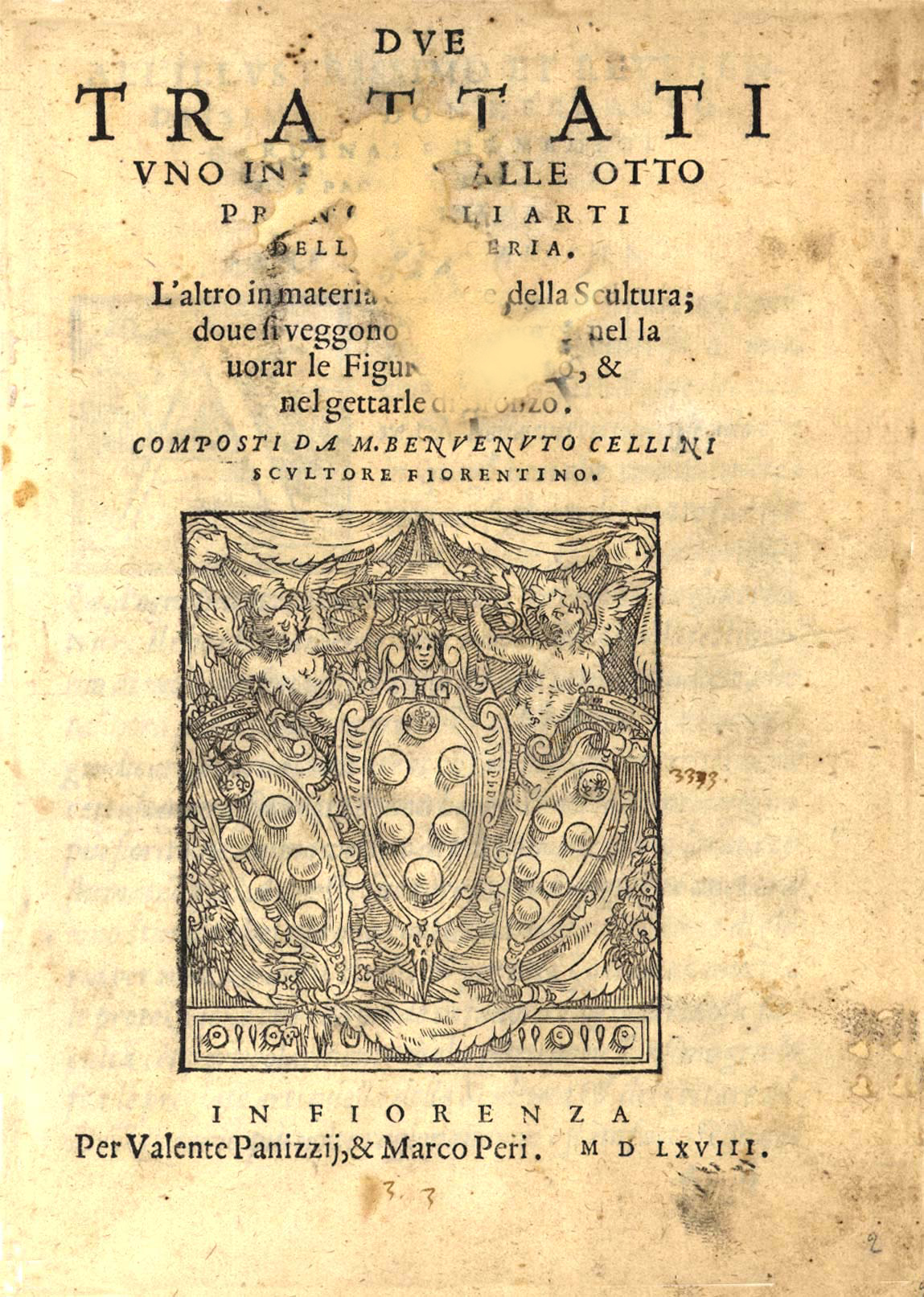 The baptismal font of the Baptistery of Siena is the masterpiece in which the bronze reliefs, made with the father Turino, are comparable to those of the greatest artists of the period such as Jacopo della Quercia, Donatello and Ghiberti, of which he became a close friend . The past of this lineage shows how the members of the Turini family held the 28 times prestigious position of Prior of Siena, thus acquiring the title of Noble of Siena. As a result of the wars between Guelphs and Ghibellines, or perhaps because the construction of the Cathedral had been completed. In in the mid-sixteenth century the Turini returned home in Mugello, the region of Scarperia, reuniting with the family and changes the family name in Torrini for patronymic reasons, or maybe to leave behind the approximately two hundred years spent in Siena.

We found information about the goldsmith's workshop of Francesco Torrini, that leaves a registration document to the Guild of Silk dated 13th November 1700. In 1703 Master Francesco had a workshop on the Ponte Vecchio in Florence. Is attributed to him the magnificent pitcher still preserved today at the Historical Archives Torrini. In the census of 1841, preserved in the State Archives of Florence, we find information of another representative of the lineage: Giocondo Torrini (1827-1896).

Giocondo had its own shop in Florence on the Lungarno Nuovo 6 Red and reached, with its ability combined with a rare commercial skill, the international fame presenting itself to the Universal Exhibitions of the time that faced him with French and English fashion. He readily understood the aesthetic messages, the cultural references and the new ideas for the “renewal” that were codified as "decorative arts". 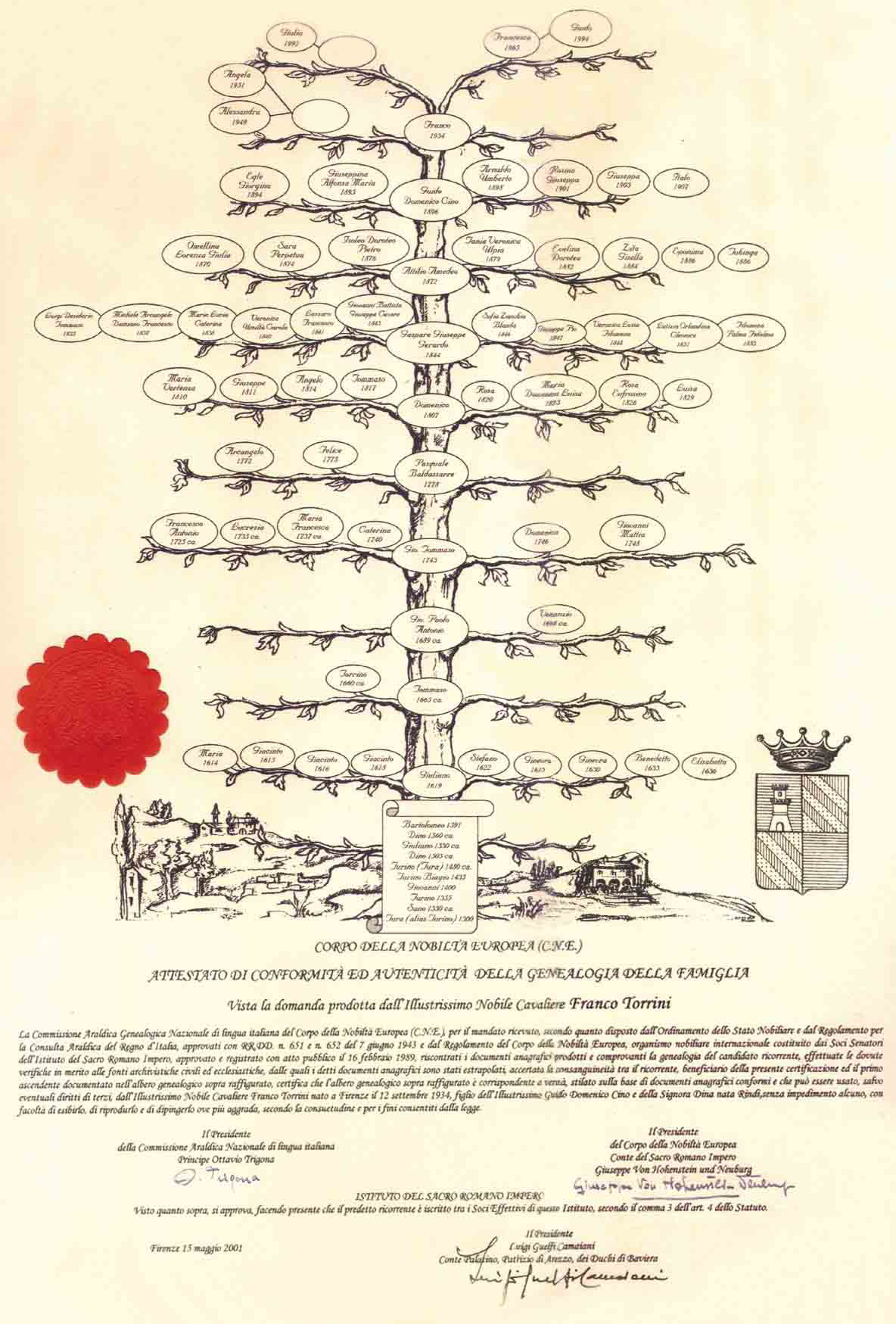 His work is documented through numerous mentions and recognitions found in the nineteenth-century exhibitions catalogs and the existence of some jewels, such as the refined parure preserved at the British Museum in London, consisting in jewels where the classical theme of the Pliny's doves is depicted in Florentine mosaic in hard stone called “commesso”, or the beautiful brooch at the RISD Museum of Providence in US, in addition to the artworks stored at the Torrini historic archive of Florence. In 1919 Guido Torrini began his goldsmith activity in the workshop in Piazza S.Trinita in Florence then opens stores in Chianciano Terme, Chiusi and Taormina. He acquired a substantial share in a existing jewelry store in Piazza Duomo in Florence. Guido mades Deco-style diamonds jewelry, semi-precious stone, objects enriched with gold parts and, as a great watch-maker, in 1932, he produced the first Torrini pocket watch.

In 1945, after returning from Dachau, where he was deported for political differences, he rebuilt with tenacity his activity, which had been completely destroyed by the war.

In 1958 the history continues with his son Franco who, after completing his studies in watchmaking in Geneva, devoted himself to gemology and jewelry by absorbing art from his father and from the goldsmith masters who have alternated over the years in the Family Factory. It was who carried out research and studies on the ancient techniques left by Benvenuto Cellini on the coloration of gold. From this research the concept and definition of "native gold" was born, that is the natural color of yellow gold, even at 18 Kt, obtained with thermal treatments and natural and non-chemical baths. Oro Nativo, a registered name and a prerogative of Torrini.

He also expresses his creativity in other artistic forms, such as painting and sculpture, stimulated in the seventies by frequenting many contemporary artists. His path has seen the talent of a master goldsmith, measured and attentive, leaving a precious context from which the ideas are born which are then realized with modern criteria by skilled disciples. Unique and unrepeatable jewels are born, the result of ancient tradition and contemporary creativity. Jewels that have conquered the whole world, they still transmit the passion for Beauty, that feeling that has guided the Torrini over more than six centuries. Their aspiration to express it creating with humility and great mastery endless masterpieces that we can still admire today. 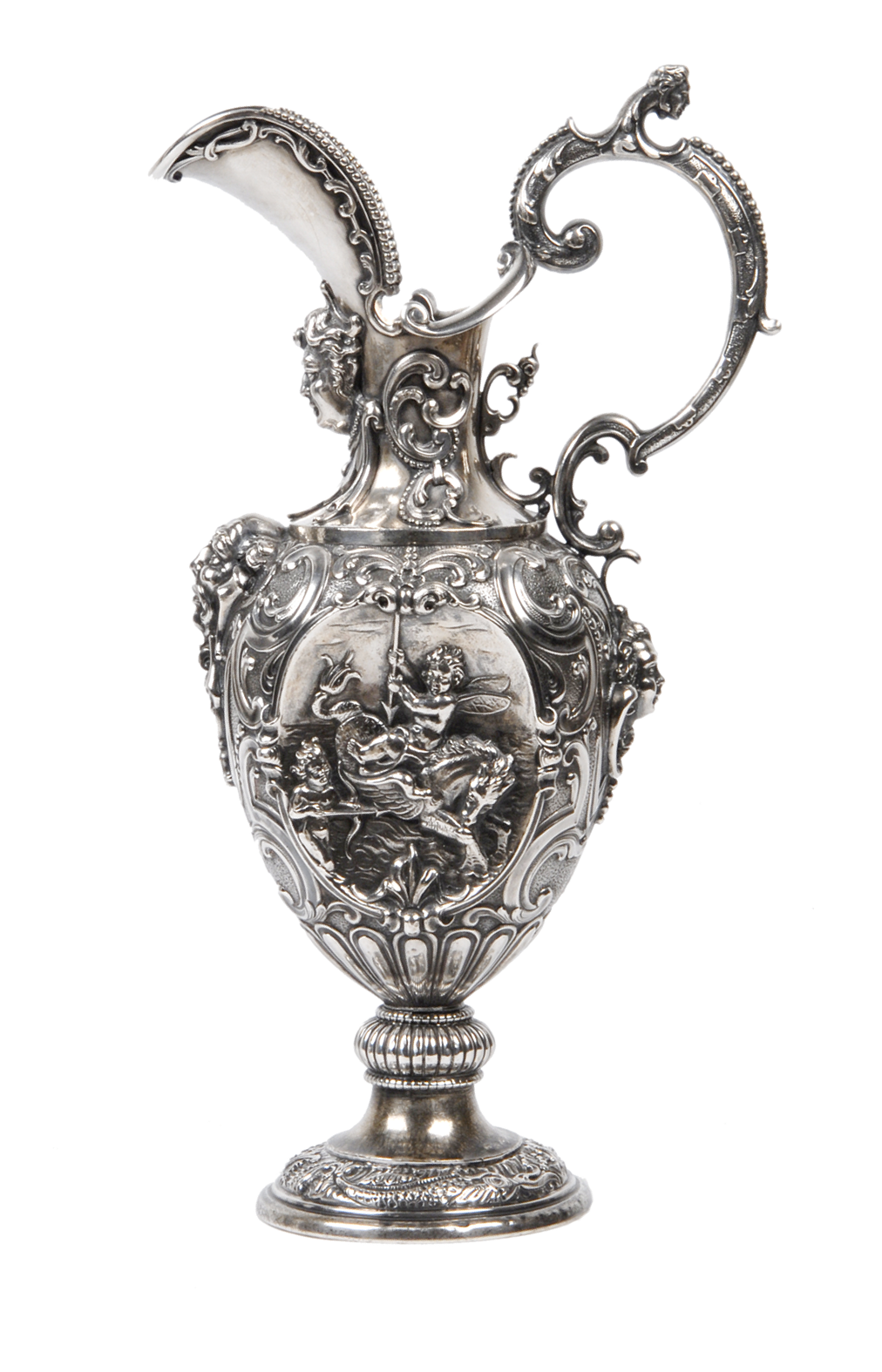 The historic store of Piazza Duomo in Florence is now managed by Francesca Torrini and her son Guido, continuing to play the institutional role of Primary Showcase for jewelry, watches, silverware and accessories with the trademark Torrini.

The decision to preserve and maintain Its trademark over the centuries, the Signum of Jacopus, highlights the awareness of Franco Torrini In affirming Its all Italian historical Identity.

After 650 years, the Signum, the trademark, is the undisputed link that confirms the long tradition of jewelry manufacturer of the Torrini. The Torrini goldsmiths lineage has handed down the trademark from father to son, for over six centuries, almost unconsciously, giving it the auspicious meaning “the signum as a half-leaf clover with a spur”.

Over the years we have always lived as artisan goldsmiths and as such we want to remain. 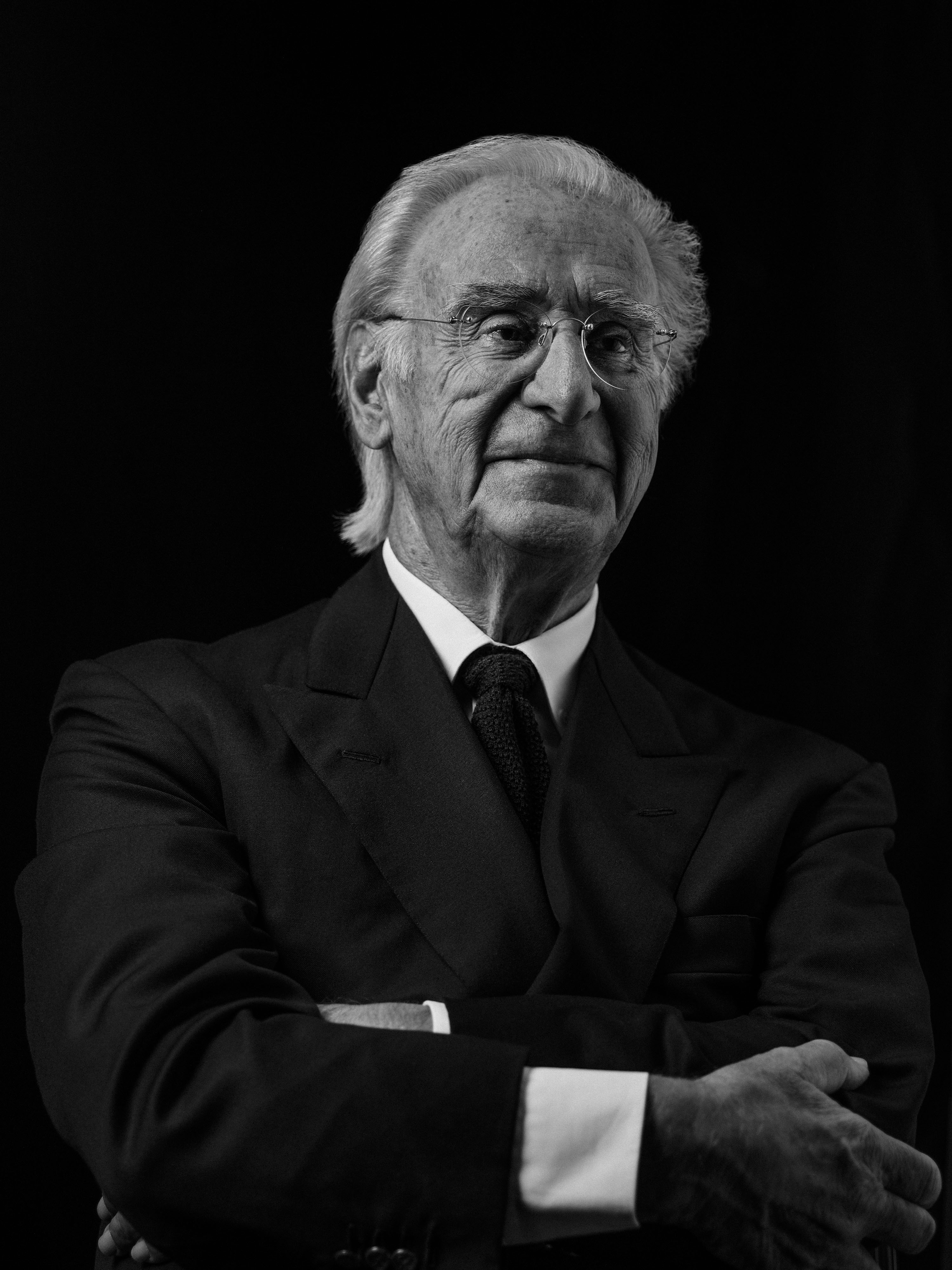 A movie about Jacopus Turini

Neptune, in Florence it takes the name of Biancone!

It all started with a dispute between spouses. On one side, the powerful and famous Cosimo I de Medici, and on the other, his wife Duchess Eleonora da Toledo. One depicted as a passionate protector of the great Benvenuto Cellini, and the other as the Duchess for the lesser-known Baccio Bandinelli.